Crossing the threshold into Tokyo Disneyland proper was a magical experience, but not what I was expecting. The smooth pavement that allowed me to travel from Maihama Station to the park entrance suddenly gave way to coarse cobblestones. My powerchair was struck by hordes of guests as they stampeded past me toward the central plaza, and it was all I could to stop myself from running someone over as I advanced. This was magic alright, but not of the benevolent sort. I felt as if I had encountered some wicked sorcery. How fast my perfect paradise – a park where I could ride every ride and see every sight – was torn away from me! Still, I decided not to wallow in defeat before my journey began. Maybe my experiences at the wheelchair rental center and park entrance were not indicative of the pleasures that awaited beyond. With my head held high, I brushed off my fears and pressed forward toward Cinderella’s Castle and the heart of the park. After reaching the castle, I looked down at my carefully prepared itinerary, rendered useless by my inability to procure a park-issued wheelchair. “Well,” I thought to myself, “time to improvise.”

Without skipping a beat, I picked a direction at random and dashed off to find an attraction that I could ride. As luck would have it, I stumbled across the Western River Railroad, a train that carries visitors around Frontierland (one of the park’s five themed areas). When I approached the staff stationed at the railroad and showed them my guest assistance card, they asked me in Japanese if I could get into a manual wheelchair. Using English, I explained that I was unable to transfer into a park-issued chair by myself. Unfortunately, the staff could not understand me, so I eventually had to switch back to Japanese. Based on my experience, it seems as if language barriers are one of the few constants across every area of Tokyo Disneyland. After clarifying my condition, I was surprised to hear that the park would provide me with a chair free of charge and that the staff would help me transfer into it. Indeed, what I was told contradicted the advice that I had been given moments earlier by the guest services and wheelchair rental centers. Not one to look a gift horse in the mouth, I took the staff up on their offer to transfer me into a park-issued chair but was surprised when they said that I’d have to transfer out of it again at the end of the ride. Assuming it was some unwritten policy, I kept my mouth shut, got on the train, and got off again with support. When the staff transferred me back into my chair, they accidentally dropped me onto the floor.

While I can’t say for sure, it seemed as if the staff at the Western River Railroad had not been trained in transferring guests. Their assistance was likely an act of individual kindness rather than park policy: they may have even violated park policy by helping me. Suffice it to say that I was shaken by my fall, so much so that I decided that I would not transfer back into a park-issued wheelchair even if the opportunity presented itself. However, my experience did not prevent me from asking the staff at each attraction I visited if they’d be willing to assist me in transferring. Over the course of ten hours, I asked staff members at seven different attractions for assistance in transferring, of which two said that they’d be able to help. Their inconsistent answers were rather disconcerting to me as they raised possibilities of injury and harm. This is not to say that I couldn’t enjoy myself at Tokyo Disneyland. On the contrary, there were many aspects of the park that I was able to experience. During my stay, I saw several parades and performances, including the seasonal “Usatama On the Run” show, the “Tokyo Disney Electric Parade,” and “Mickey’s Philharmagic.” I also rode on the Mark Twain Riverboat (the only ‘ride’ that I was able to board in my powerchair) and took part in several encounters, meeting Mickey, Stitch, and other Disney characters. Perhaps the most accessible aspects of the park, unsurprisingly, were its numerous gift shops and food options. If persons with disabilities can’t enjoy the rides, at least they can spend money, right? 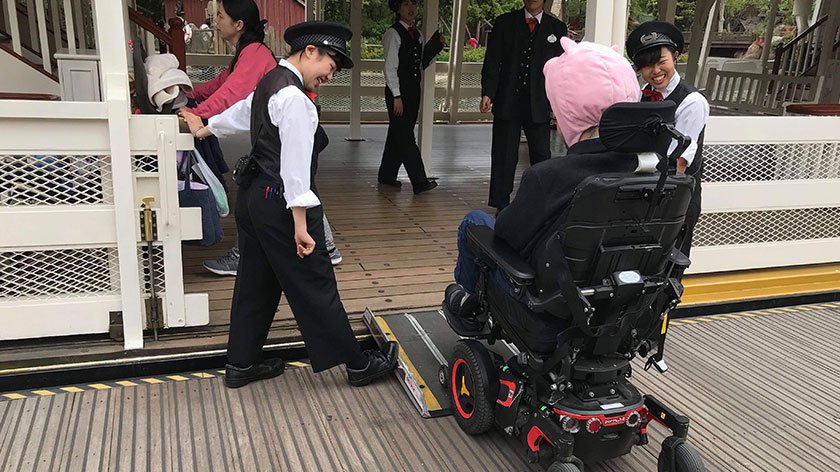 What takeaways and travel tips can I offer from my time inside Tokyo Disneyland proper? For one thing, I can say that constant and consistent communication between park employees and persons with disabilities is of the utmost importance. Many of the staff that I encountered understood park policies regarding wheelchairs and other assistive technologies in different ways, leading some to engage in dangerous and reckless acts. Additional training in how to preempt and resolve issues of accessibility may prevent such hazardous conditions from arising in many cases. However, language barriers and personal circumstances can still make it difficult for employees to know how to respond to persons with disabilities and ensure their safety. This is not to say that park employees should abandon all attempts to accommodate persons with disabilities. Rather, it is to suggest that they should establish a core set of protocols that allow for a degree of flexibility. As slippery as the term is, ‘reasonable accommodation’ is a necessary evil for creating spaces that can be easily accessed and used by as many people as possible: able-bodied, disabled, or otherwise. 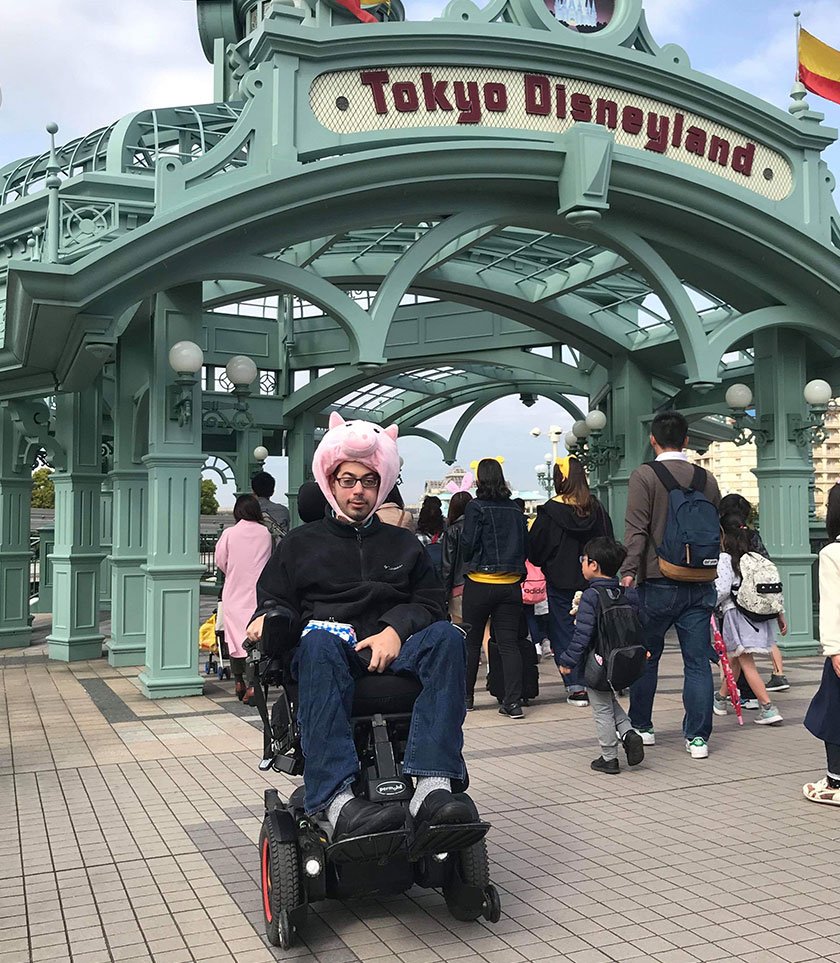 I realize I am dealing with cultural barriers here but in my opinion, any place that requires me or any wheelchair user to abandon their own wheelchair and transfer to property wheelchairs manual or otherwise is NOT accessible or acceptable to me. With so much technology, intelligence, ingenuity and advances in universal design, surely theme parks as well as airplanes, housing, automobiles etc. can do better. My comfort, safety and independence is very important to me and I only compromise if I feel I absolutely need to, otherwise I’ll pass. Thank you.

Yes, totally disappointed in Disney… they pride themselves on creativity – apply that to accessibility too!

I used to work at Disney World in Orlando has a lifeguard. I worked at our resorts and water parks. I find Tokyo Disneyland’s transfer policy odd. To my knowledge, at World we do not ask guests to transfer into park wheelchairs. The thing that shocked me the most was when the cast members transferred you, and then dropped you. At World, we are explicitly not allowed to touch a guest, and this includes transfers since we are not trained on how to safely assist a guest. A family member or friend must do that. At the pools, I was not allowed to transfer guests onto the ADA lifts. We can let them lean on us, but we can not lift a guest. I am glad you were okay though, and most of Disney went well! Great read.