Deaf in Japan with Friends

This guest post, including pictures, comes to us from Ariana Fernandez. Ariana is deaf and uses hearing aides.

I had a car crash when I was 22 and the meds they gave me made me lose my hearing 80% of my hearing in both ears. I wear 2 hearing aids, and I don’t know sign language. I’ve been like this for 8 years now. Without the hearing aids I can’t hear anything, well, mostly anything. At home in Spain, I communicate with difficulties, but I speak clearly. I do a mix of hearing aids and lip reading. Also a lot of WhatsApp (texting app – www.whatsapp.com. I can speak well 1 on 1, but with more people it’s just not possible. Whilst I can understand spoken Spanish somewhat, with other languages (English, Japanese) I hear worse, so it doesn’t help.

I’ve always loved to travel, and I went to Japan with my older sister and a friend of ours last summer (2014). We stayed for a month and visited Osaka, Nara, Kyoto and Tokyo. Spent a few days in each place. We did the touristy things. Went to museums, temples (a lot of temples everywhere), famous locations, more temples, cat cafes, host cafes, restaurants and all kinds of eating was done. :P

While in Japan, my sister usually talked with people, since it is very difficult for me, but there were times when I was alone and I had to do it. In the restaurants it wasn’t so difficult, since all the menus have photos in them, so I just signaled the photo of the food I wanted and since you look like a foreigner people don’t give you trouble.

However, sometimes students wanted to practice English (don’t know why they thought everyone knew English?) and they came to talk, and I would try to communicate with my hands that I couldn’t hear, and at last had to show them my hearing aids. Once in a temple, something like this happened, and the other person had to look the word in her phone, but since it was a translation of a translation the meaning was a bit lost.

I had a good time because I was with hearing people who could translate and talk with people, otherwise I could have been lost (we got lost a lot of time, and they had to ask for directions, a lot of signals were in Japanese only, so that was difficult too).

Mostly since you looked foreigner, people tried to accommodate, and were kind and used signals and pictures, but I would not do it alone. The airport experience was scary too, since they separated me from my sister, and I didn’t understand what people said (but that happens to me in a lot of airports, it is always a scary experience).

Here are my tips for travelers with hearing impairments: 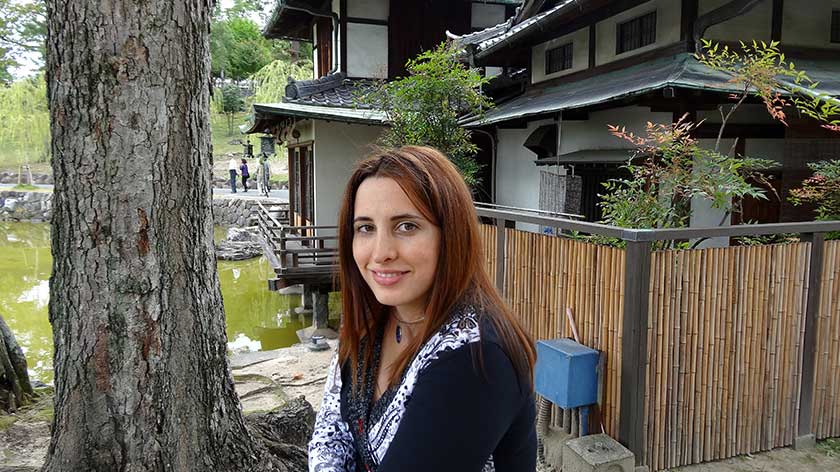