Shinjuku Gyoen is one of Tokyo’s biggest parks and a great place to enjoy the yearly cherry blossoms. Though there are some accessibility issues to be aware of, the park has created some excellent resources for people with disabilities.

Located just a short walk from Shinjuku Station, Shinjuku Gyoen is one Tokyo’s largest parks and a vary popular park to visit in the spring as it is one of the best places in Tokyo for cherry blossom viewing.

Like many parks in Japan, Shinjuku Gyoen started as the private estate of a feudal lord, before being changed into a botanical garden and then given to the Imperial Family in the early 1900s. Though the park was destroyed in World War II, it was rebuilt and opened to the public in 1949.

The expansive park has a number of different areas and can be divided into three different types of gardens: a Japanese garden with bridges, ponds and pavilions; a symmetrical French garden; and a wide-open English garden. In other areas of the park, there is a large tropical greenhouse, forested paths, information center and a small art gallery.

The garden is beautiful year-round. Since there variety of cherry blossom species, the blossoming period is longer than many other areas of the city and the changing colors of Autumn last well into December.

The park is open from 9:00 to 16:30 (entry until 16:00). Shinjuku Gyoen is closed Mondays (or following day if Monday is a national holiday), as well as from December 29 to January 3 for the New Years Holidays. However, during the cherry blossom season (late March to late April) and the Chrysanthemum Exhibition (first half of November), the park is open every day.

However, one direction of Shinjukugyoenmae Station requires using a stair climber, and JR Sendagaya only has an escalator, so it strongly recommended that wheelchair users get off at either Shinjuku Station or Shinjukusanchome Station.

The first thing that should be noted about Shinjuku Gyoen is the great effort the park has put into offering guides for those with disabilities. The guide maps list where accessible toilets are available, warns of areas that are gravel paths, and indicates whether paths slope up or down. This is a great resource to use when planning your route. You can download the guide from the garden website.

There are many signs indicating where accessible toilets and paths are available. 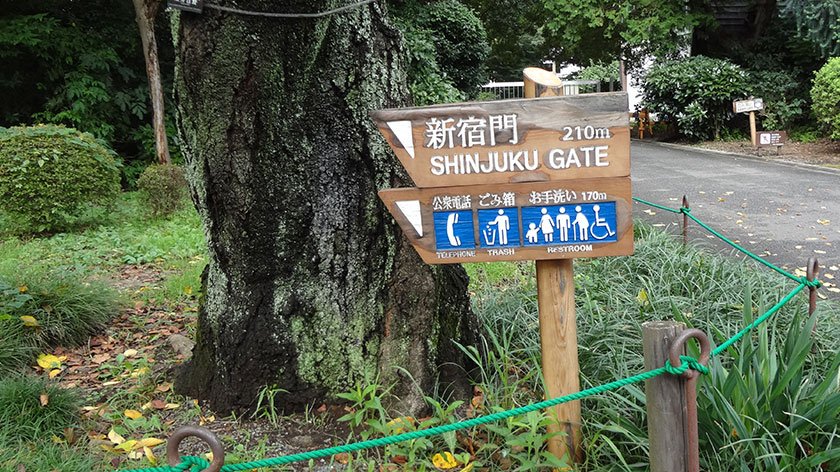 The main paths are wide, paved and easy to use in a wheelchair, and have many benches to rest on. 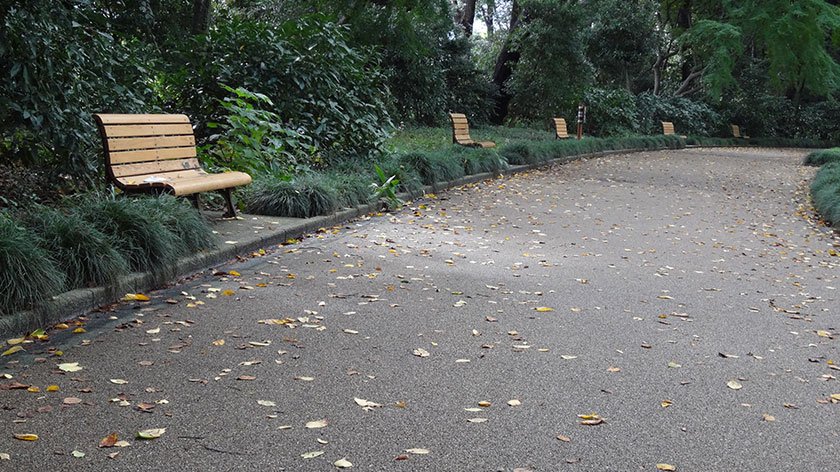 However, the pavement is broken in some areas. 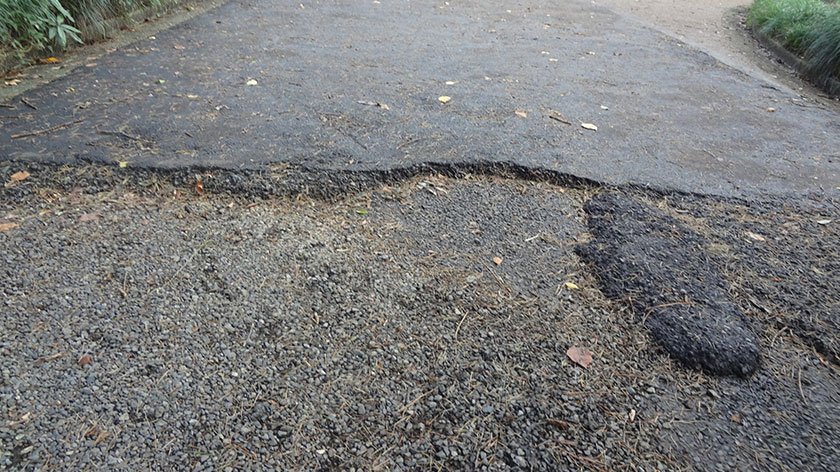 The gravel paths are generally not two deep, but those using manual wheelchairs may want to avoid these areas. 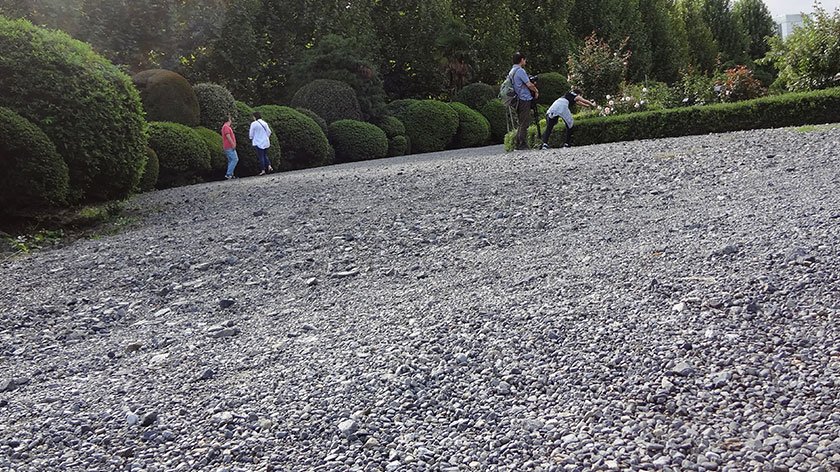 Unfortunately, the Japanese garden – which is the area most tourists want to visit – is entirely unpaved, and the bigger bridges have a step at the bottom. Additionally, the entrance to this area is limited by steps in a few areas. So, while it can be accessed, the Japanese Garden is a bit harder to visit than other areas. 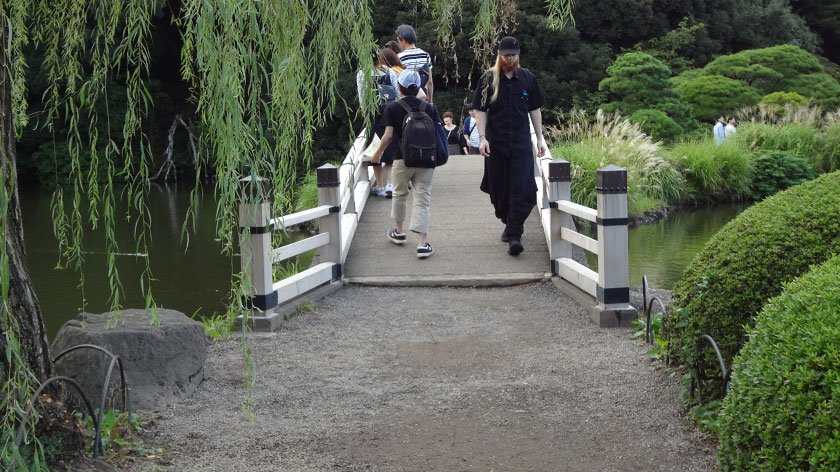 While the Taiwan Pavillion, Tea House Rakuu-Tei, and greenhouse are accessible, other buildings – including the Old Imperial Rest House and a few rest areas – are not wheelchair accessible. 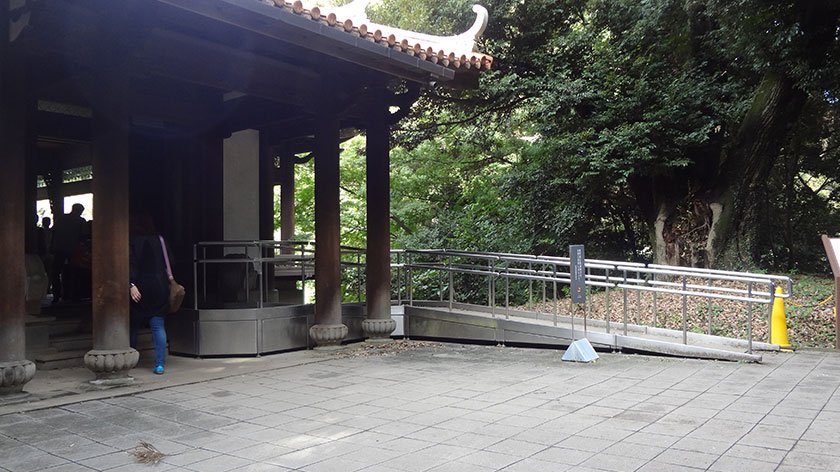 There are a number wheelchair accessible washrooms available, however none of them have backrests and may be difficult to use for those with poor balance. 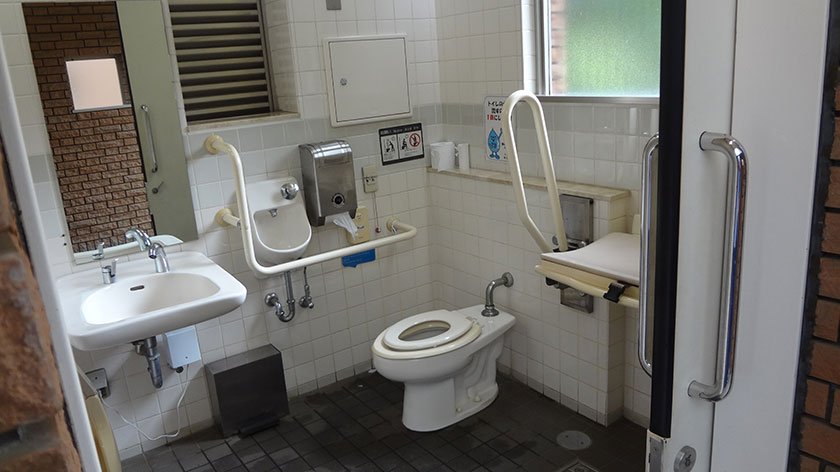 If you love nature or are visiting Tokyo during the cherry blossom season, Shinjuku Gyoen should be on your list of places to visit. It is great to see that the park has put the effort into creating guides for people with disabilities. Visitors in wheelchairs will need to be careful of which train station they use as well as the paths they take in the park. For those with balance issues, using a nearby toilet (like at a train station) may be more convenient.