A book, featuring handsome young men working at nursing care facilities, was published in September this year. The book, titled “Kaigo-danshi Studies” (“Male nursing care worker studies”) is an effort to change the public’s opinion and stereotypes about the nursing care field by focusing on the male employees, actively working in a field dominated by women.

The book was published as a result of a collaboration between 20 social welfare corporations across the nation. It consists of articles, contributed by 15 people with first-hand knowledge of the area, as well as photographs of 20 male employees between the ages of 20 and 31. Photographer Yasuyuki Takagi captured the reality of the work in the nursing care facilities in an effort to change the people’s image and assessment of nursing care facilities. 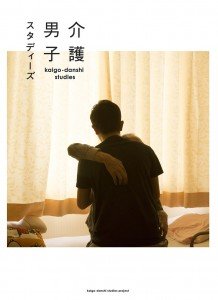 One of the initiators of the project, managing director of “Fukushi Gakudan”, Daisuke Iida, explained the motive behind the book. “Care work puts importance on the human relationship. It’s a creative job that enriches the minds of the people who are engaged in it.” The nursing care profession is often envisioned in terms of low wages and hard physical labor, as well as a number of other negative images. Changing the publics’ perception of the field is essential not only for securing more workers, but also attracting employees from both gender. According to him, even though 80% of nursing care staff are women, this could be a highly rewarding work for men, as well.

“Kaigo-danshi Studies consists of 136 pages in B5 size and can currently be purchased on Amazon’s Japan website, as well as a number of bookshops and stores for the price of ¥2,000 before tax.