Riding the Bus in a Wheelchair in Japan

While known for its complex and sophisticated train system, Japan also has many buses connecting commuters to the nearest train station.  The majority of the city buses in large urban areas are wheelchair accessible, however, some routes are still not fully accessible in more rural areas.

The majority of the accessible buses are called “non-step” and have a wheelchair mark at the top of the bus if they are accessible.  Older buses are quite high up and have 3-4 steps at the entrances.  While the new non-step buses do have steps leading to a raised back half, the front half has no steps.

Unlike the train station where a number of staff can make the loading and unloading of wheelchair users smoother, everything is left to the bus driver in this case.  The accessible entrance is in the middle, but before you get on you should situate yourself near the front of the bus before it arrives so that you can get the driver’s attention.  Drivers will spot you and ask if you want on, but since most bus stops serve several different routes, the driver may assume you are waiting for another bus if you do not make your presence known.

Once it has been acknowledged that you will be getting on, the bus driver will ask the other passengers to wait while you are loaded.  The driver will then go to the middle door and pull a ramp out from a locked compartment and help you aboard.  Before or after putting out the ramp, the driver will also lift up two seats to make an accessible area for you to sit (and possibly tie down the wheelchair). Let the bus driver know where you want to get off the bus and they will help you out when you get there. 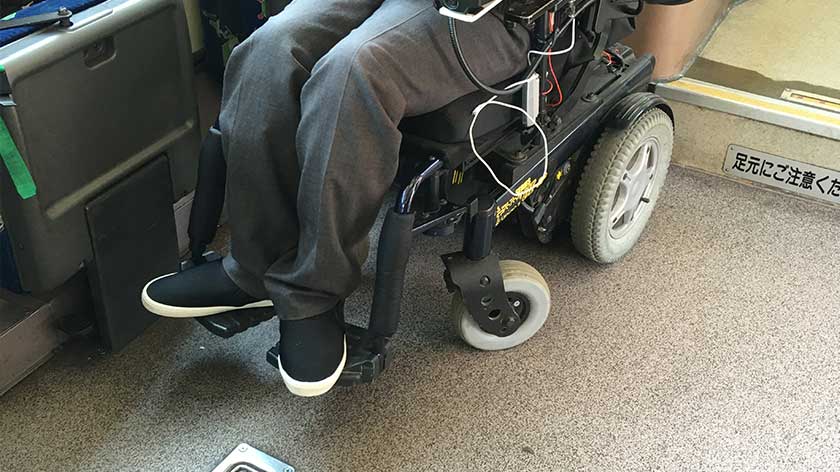 Note: It must be noted that this applies for city buses but the majority of inter-city buses and airport shuttle buses are not wheelchair accessible.