Making the skies of Yamagata accessible to all

Recently I received an offer from the Yamagata Barrier Free Tour Center to come and visit the city of Nanyo. There are not many traditional tourist attractions listed in the area, and coming from a rural northern country (Canada), the appeal of nature was nothing really novel to me, so I wondered if I would really enjoy myself…

But I wanted to take them up on the opportunity and see what they had to offer tourists visiting from abroad.

I am so glad I decided to go.  It was awesome!

Getting off the bullet train there were surprises already. The air felt different than Tokyo, and there were no “Close” buttons in the elevator! It was definitely way more laid-back type of life up there.

Mr. Kato, from the Yamagata barrier free tour center met me at the train station it was very excited to show me around his town. We took his wheelchair accessible van to our first stop, a lunch of Ramen. 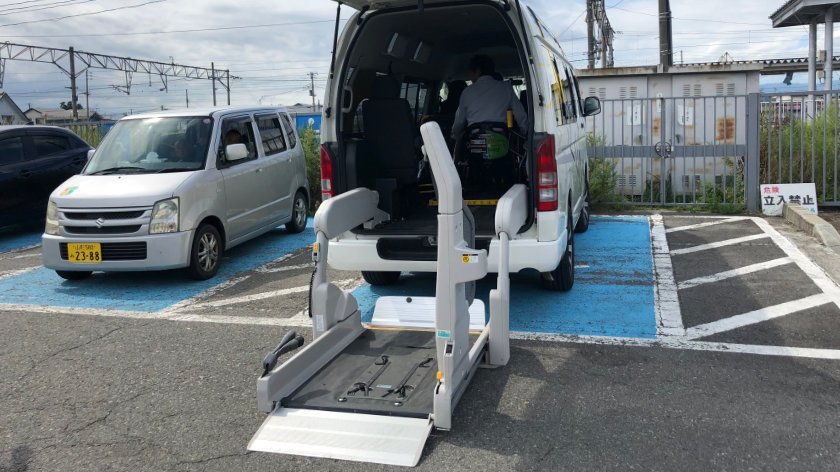 If you love Ramen, then you absolutely must visit Yamagata. It has the highest number of Ramen shops per capita in all Japan. I should’ve clued into this when I got off the train and saw a poster going the length of the train tracks showing  Ramen from different shops around the city. Mr. Kato arranged for us to have lunch with the mayor of the city and share ideas about how to increase the number of foreign tourists, particularly those with disabilities, coming to enjoy what Yamagata has to offer. I was impressed with the eagerness of the city to promote accessible tourism and work constantly to improve the facilities around town, as well as providing their own accessible map. 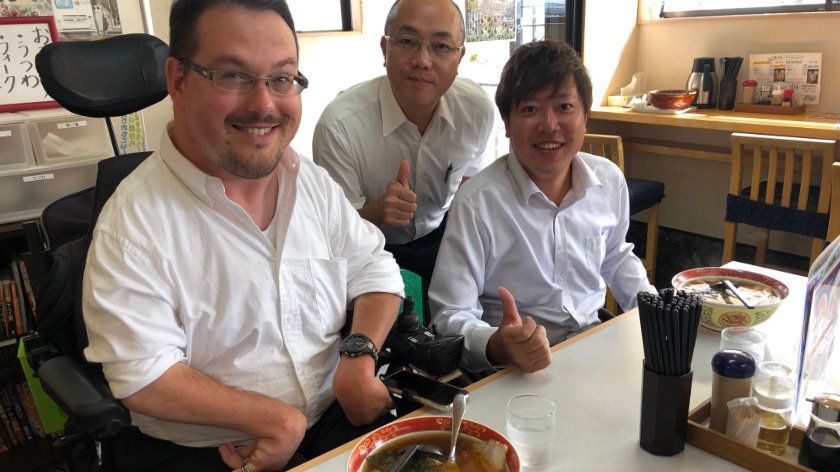 After lunch, our first stop was somewhere most people would not think of as being accessible – a paragliding center. The city is known for paragliding and a few years ago Mr. Kato asked the owner of Skypark if there’s a way for people with disabilities to also enjoy the activity. They did some research and found a special type of paraglider for those with disabilities and began to work to make the city a base for accessible paragliding. The facility had a number of different accessible paragliders and Mr. Kato showed me the hill that he recently used to become the first person with Muscular Dystrophy to make a solo flight in a paraglider using motor controlled steering. Check it out!

Unfortunately, there were no favorable winds that day so paragliding was out of the options, so we made our way to the next stop – grape picking at a vineyard. It was easy to drive a wheelchair underneath the grapevines and, with the help of a staff member, to take pickings for the basket they provided. After tasting many different types of grapes and buying a number to take home we also tried some local wine. (A bottle of which was also purchased of course!) 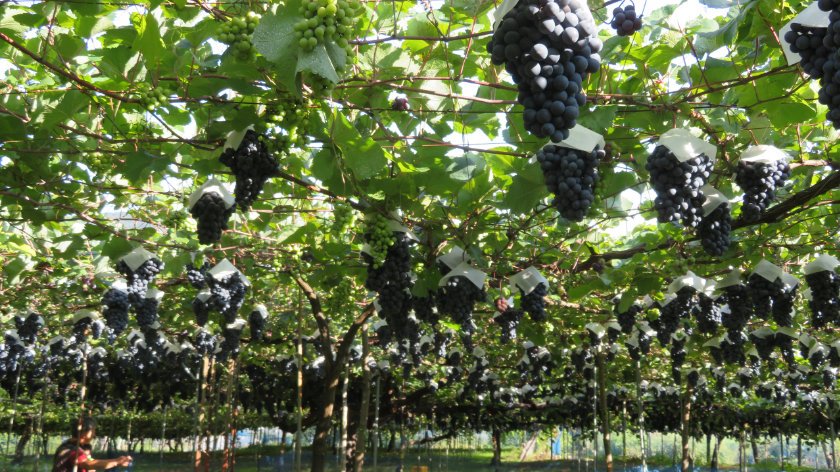 Continuing with the theme of alcohol, our next stop was a sake brewery! When Mr. Kato was looking for places to take guests with wheelchairs, he made the discovery that many sake breweries need to use dollies to carry equipment around, and therefore many were already equipped with ramps! The owner of the brewery gave us a walk-through of the entire process as he showed us around the facilities. Of course the highlight was a taste test at the end of the tour. We found out that this brewery can make specialty brews and collaborate with companies…. should we make our own accessible sake? 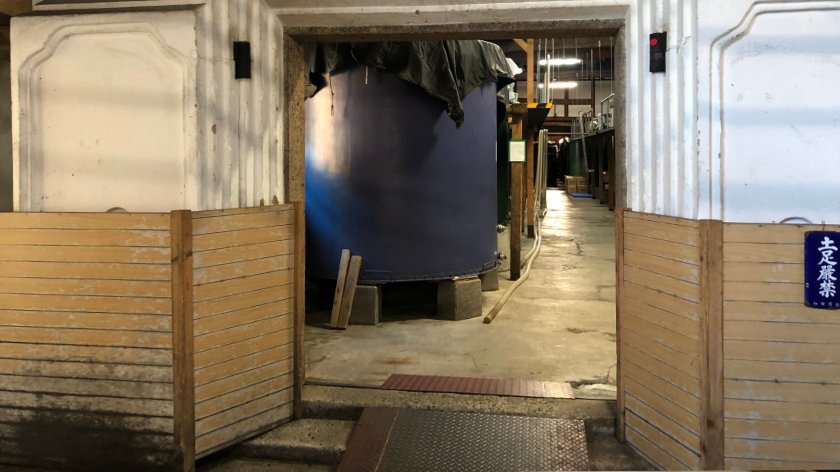 It was already getting late, so our next and final stop was to the Japanese inn to spend the night. The inn used to be the vacation home of one of the feudal lords during the warring-state period! It was very beautiful, and in honor of its past, there were a number of pieces of armor and swords on display. Some of them were even available to try on and I could not resist. 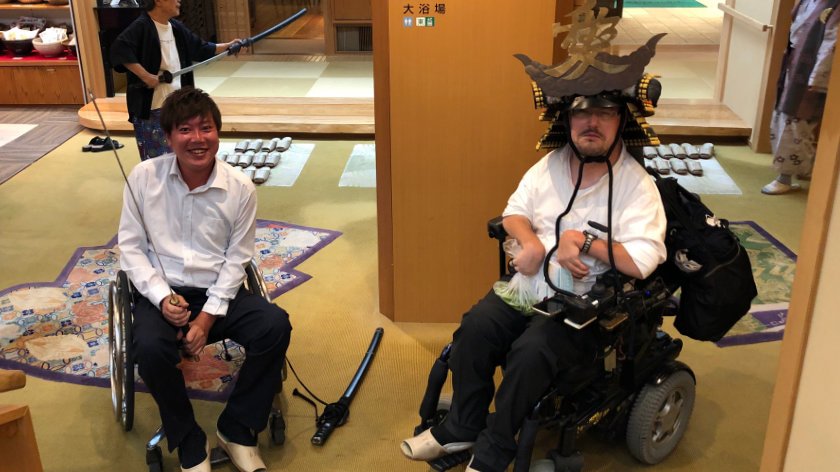 The inn is currently working on making their baths more accessible, or at least providing an accessible option for private baths but it is not ready yet. They do have accessible rooms including one that was newly renovated that I got to try out. It was a great combination of western and Japanese styles and the staff were eager to ask Mr. Kato and myself about other ways they could improve the inn.

After a delicious meal of local delicacies, I headed to bed looking forward to it the next day had to offer. 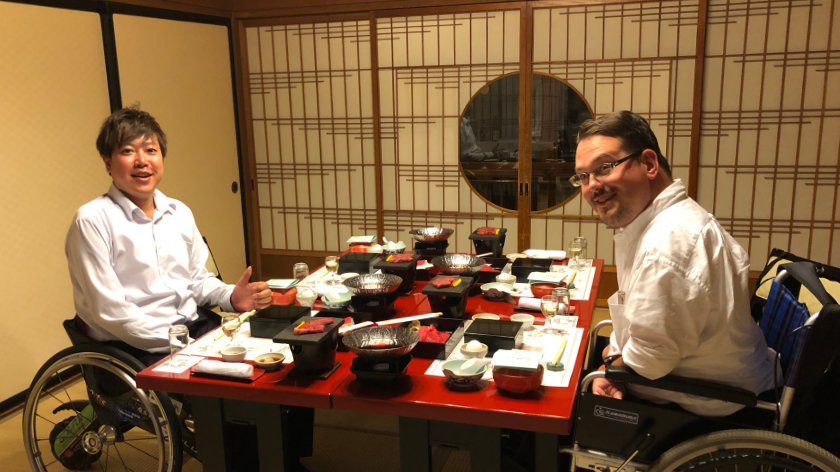 First thing in the morning, we headed to a large shrine complex called Kumano Taisha. It is one of the most important Shinto shrines in the Tōhoku region. Of course because it is on a hill and a very historic building, the accessibility is a bit bumpy. However with the work of Mr. Kato and the shine’s interest in becoming accessible as much possible, I was excited to see not only did they have a ramp to the main hall, but also that the shrine can lend wheelchairs with specially designed handles to make it easier to pull over the gravel. Some of the local kids got in on the fun and pulled Mr. Kato around. 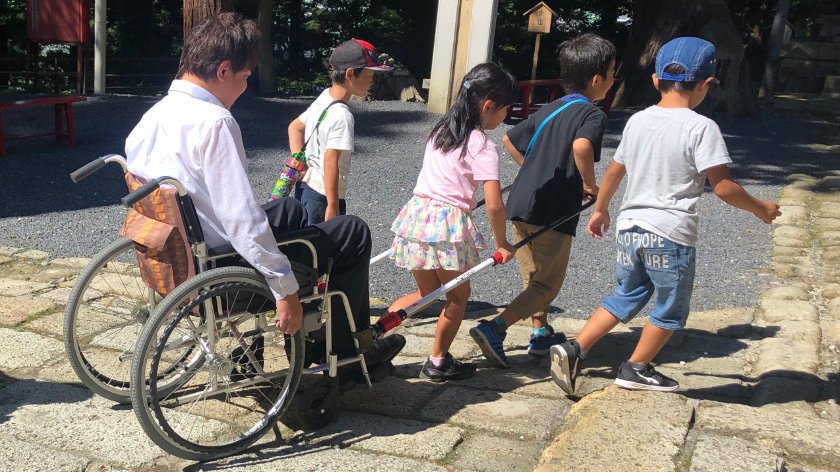 As we were about ready to leave, there was a good reminder that accessibility is not just for people with disabilities, but also for those who are aging. Before getting into the van, an elderly man struggled to push his wife around the shrine grounds. When Mr. Kato and the shrine priest saw this, they quickly helped the visitor attach the special handles to his wife’s wheelchair so they could easily get around the premises.

Yamagata it’s also the birthplace of many Japanese folktales. So our next stop was to that Yuzuru no Sato museum to listen to a professional tell folktales about a crane who is saved by a poor man and paid her debt by making a beautiful cloth from her feathers. The museum offered many different exhibits about weaving in ancient Japan in addition to special folktale performances. 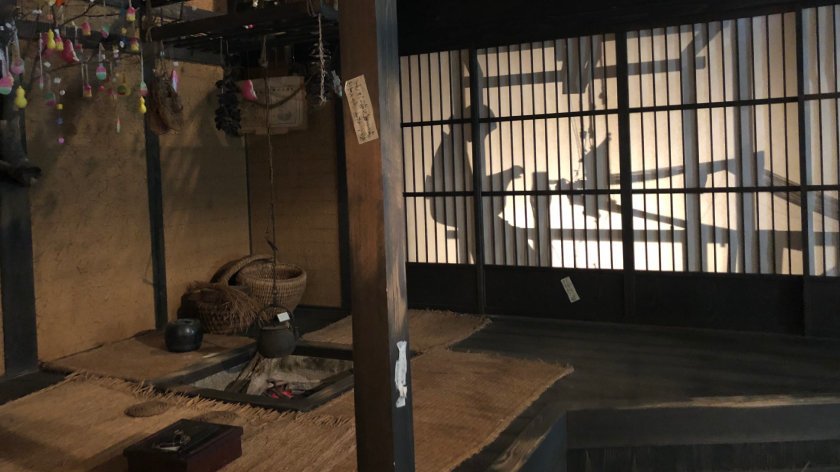 Next we went and tried it a specialty from Yamagata – koi! That’s right, the fish isn’t just nice to look at but it can also be eaten and is a delicacy in Yamagata.

After filling up on lunch we headed to a winery that produces organic wine that is made without any additives at all. With the help of Mr. Kato’s portable ramp we were able to go up and even look inside some of the containers holding fermented grapes. After the tour of course came the tasting… and taking a bottle home! 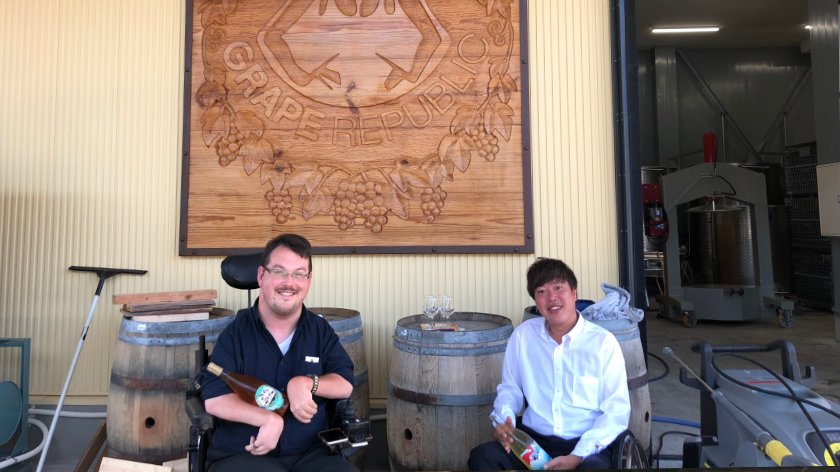 Before going back to the train station, we stopped off at Mr. Kato’s office. Not only does he run the Yamagata Barrier Free Tour Center, he also runs a workshop that employs other people with disabilities from the community. Before the onset of Mr. Kato’s Muscular Dystrophy he was an auto mechanic and now uses that knowledge to teach mechanic skills to his staff. Being a creative entrepreneur, he also offers teeth whitening and cell phone protective film covering for customers while they wait – he is full of ideas! Ideas that not only impact the lives of those in his community, but also from around Japan and hopefully the world. 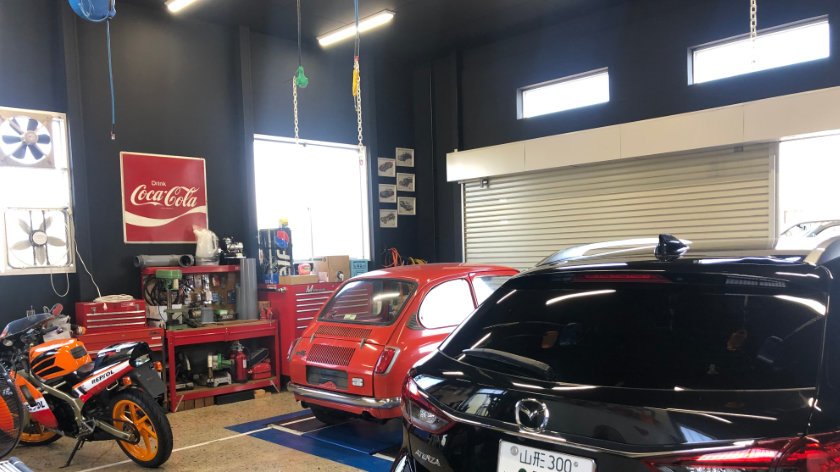 So if you’re planning on visiting Japan and want something to do that is a little bit off the beaten track but memorable all the same, I highly recommend you visit Yamagata and have Mr. Kato book you an onsen, get you a skis for your wheels in the snow, and show you around.