Citizen of the Year Award

It is a great pleasure to announce that Accessible Japan founder, Josh Grisdale, was one of 3 winners of the Citizen of the Year award from Citizen Watch.

About the Citizen of the Year award:

Citizen Watch established the Citizen of the Year award (the “Citizen Award”) in 1990 on the 60th anniversary of the Company’s establishment. Reflecting the Company’s name, the award aims to commend citizens from a broad perspective in this age where citizens are considered the main players in society. Award recipients are chosen each year from among Japanese nationals or citizens of other countries residing in Japan, in recognition of the impressions they have made on other citizens and their contributions to the development, happiness and beautification of communities.

It is an honor to receive this award and we look forward to continuing in our promotion of Japan as a destination for travelers with special needs.

A special thanks to Citizen Watch for granting this award, and to all those who have supported Accessible Japan. 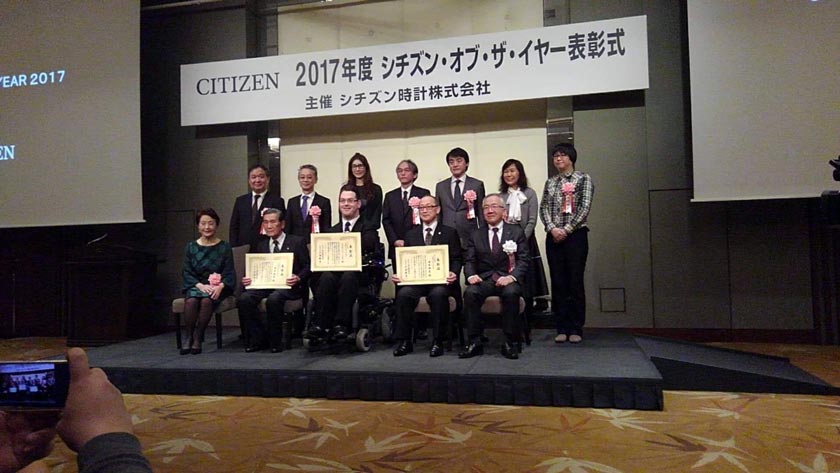