When most people think of Japan, they most likely don’t think of Christmas. But Japan loves events, and Christmas has been added to the roster of things to enjoy throughout the year. (Though, it has become something for couples instead of families since New Years is a family gathering.) This love of the season brings with it some great Christmas lights, referred to as just illumination in Japanese, where couples and families gather to see light shows or just enjoy the atmosphere. 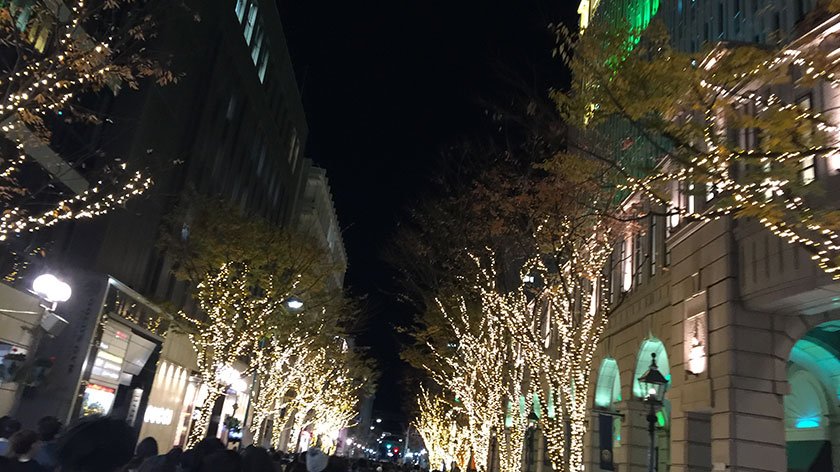 Illumination in Japan takes on a few forms. The most common are standard Christmas lights on streets in a certain area, like Shinjuku, Roppongi or Marunouchi, that often follow a theme. Another type is a light show with organized music and timing (lately also featuring projection mapping on walls) that play at standard intervals. Caretta Shiodome and the base of Tokyo Skytree often feature popular shows as does Roppongi. The third type is found at theme parks throughout Japan, like Yomiuri Land near Tokyo, where the entire park is transformed into a bright and festive playground. 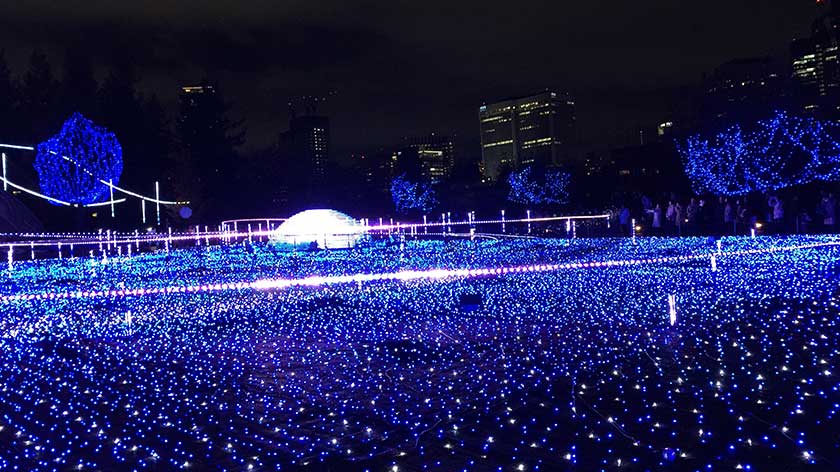 Often there are food stalls selling everything from noodles to whole turkey legs and mulled wine!

There are some challenges for people with disabilities, though.

Generally, accessible toilets can be found nearby, but do to the masses of people you may need to wait, so it is best to not put things off to the last minute!

Generally, near the food tents there are no tables, so it can be a bit difficult for people who have trouble holding things on their own.

By far, the biggest challenge,however, is the crowding. There are just so many people that it can be difficult to maneuver in a wheelchair, and people with balance issues may feel apprehensive of falling. While everyone is generally very polite, many people become absorbed with taking pictures and may not notice their surroundings. For those in wheelchairs, you may need to arrive slightly early to see orchestrated light shows since it can be difficult to make your way to the front once people have started to gather.

Despite the challenges, it is still something you should definitely take the opportunity to enjoy while in Japan!

While it may not seem like a cold country to some people, Japan has a wet cold that gradually permeates all of your clothing. Here are some suggestions to get the most out of the Christmas lights: 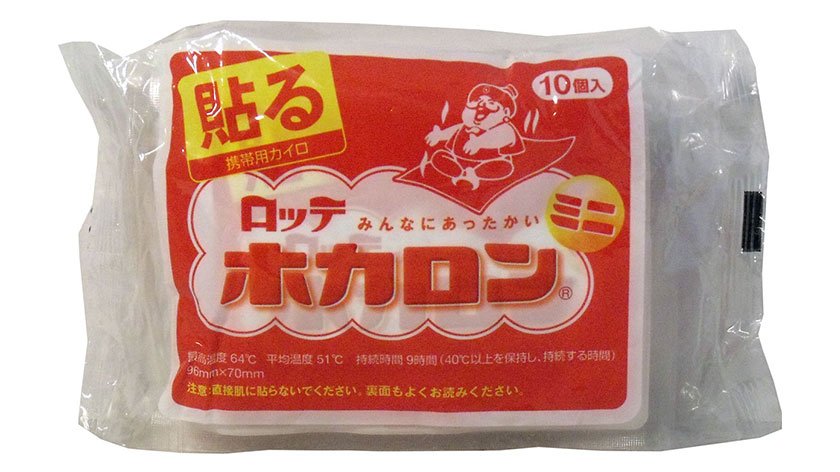