A Pilgrim’s Tale: Religion, Ritual, and Physical Disability in Japan

Accessibility affects the way that we interact with religious sites and ideas. A single step up at a church, temple, or shrine can shape the way that a person with a disability uses those spaces, creating new possibilities for community formation. Consider a person who cannot chant a prayer, recite a hymn, or position their body due to a physical disability. How might their inability to reproduce particular ritual practices structure their interactions with other religious practitioners?

In the paragraphs that follow, I recount a recent pilgrimage that I took through the mountainous region of Kamakura in a wheelchair to reveal how physical and cultural barriers can lead persons with disabilities to develop their own systems of belief and practice. By examining how various barriers limited my chances to view important relics, meet authority figures, and participate in a wide array of rituals, I illustrate how I cultivated a religious experience that fundamentally differed from those of my able-bodied counterparts. I suggest that my religious experience, which was inextricably tied to my physical disability, allowed me to find common ground with caregivers and other persons with disabilities, forging friendships that I may not have developed otherwise.

My journey began as soon as I left Kita-Kamakura Station. Opposite the platform was a narrow rocky path, which I followed to Engaku-ji, one of the most important Zen temples in Japan. After entering the temple complex through a side door, I wheeled around and viewed the massive main gate. There, guests lined up along a stone staircase and waited to pay for their tickets. I couldn’t hear the bulk of their conversations because I was too far away: several large boulders stood between me and them. I was isolated and kept out of the excitement. Or so I thought, until I realized that my seclusion afforded me a unique opportunity to speak freely with my companions. Ignoring the rest of the guests at the reception, we made our way through the temple complex toward the central hall and meditation center. As we walked, we noticed crowds gathering around key fixtures: a bronze bell, a rock garden, a zazen room – all places that I could not enter. And yet, it was precisely because I could not enter those spaces that I was able to enjoy my time with my friends. We laughed as the other guests stood in silence: they were all missing out on a good time. 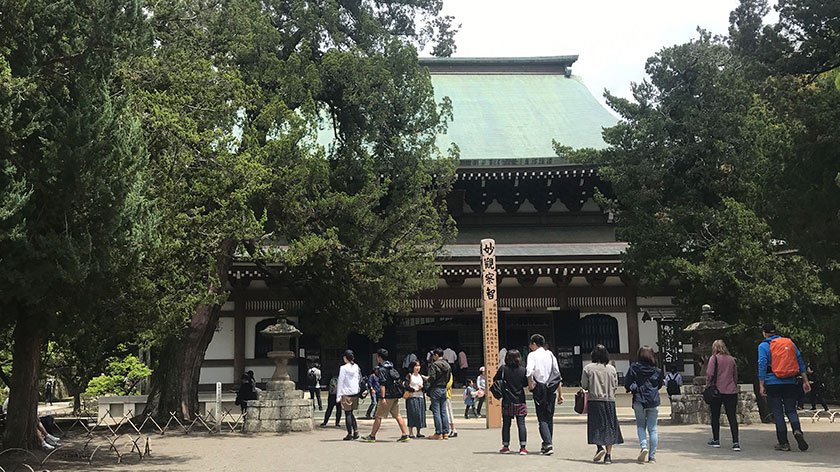 After leaving Engaku-ji, my friends and I made our way across the train tracks toward the mountain. Hiking up the hills of Kamakura is a daunting experience and one that I’d never wish upon anyone unless they have a powerful motorized wheelchair. Even with my Permobil Corpus F3, it was a slow and arduous process. My companions sometimes had to push my chair up steep and muddy trails, which took almost all of their energy. But rather than becoming a source of strain and consternation, the treacherous hills of Kamakura allowed my friends and I to come together. Because of my disability, we had little alternative but to face and conquer the mountain as a group. Through determination, willpower, and promises of sweet sake, we eventually scaled the rocky cliffs and arrived at a tranquil grove near Kuzuharaoka Shrine.

Kuzuharaoka Shrine sits atop a hiking trail and is surrounded by leaves and foliage. The shrine has much to offer its able-bodied patrons: fortune-telling, plate-smashing (for good luck), and of course praying to the deities for prosperity. As a person with a disability, however, I could not partake in many of the shrine’s amenities. For instance, I was unable to shatter the small clay plates provided by the shrine to usher in good fortune. Nevertheless, my barrier once again became a possibility for enriching my relationships with my friends. Taking my hand, my friends helped me gather the strength to hurl the orange disk into a nearby rock and break it into a thousand shards. I received its reward of luck that day: my friends and I had a fond memory to share in the future.

After taking the opportunity to quench our growing thirst with some sweet sake from the shrine’s giftshop, my friends and I began our trek down the mountain. Thankfully, the trip down was much smoother than the ride up, and we had relatively little problem reaching our destination. Zeniaraibenten Shrine. We arrived at the cavernous entrance to the shrine after a brief detour to Genjiyama Park, where we visited a statue of Minamoto no Yoritomo, the first Shogun. Despite being etched out of the mountain itself, the entrance was easy to access via my wheelchair. It consisted of a long stone tunnel, which opened to a clearing filled with shops, prayer platforms, and the shrine’s namesake coin-washing cavern. While I was unable to ascend the staircase and pray at the shrine’s main altar, I was fast-tracked through the line of people waiting to wash their coins: a practice said to promote riches and wealth. Sometimes, having a disability pays (literally!) 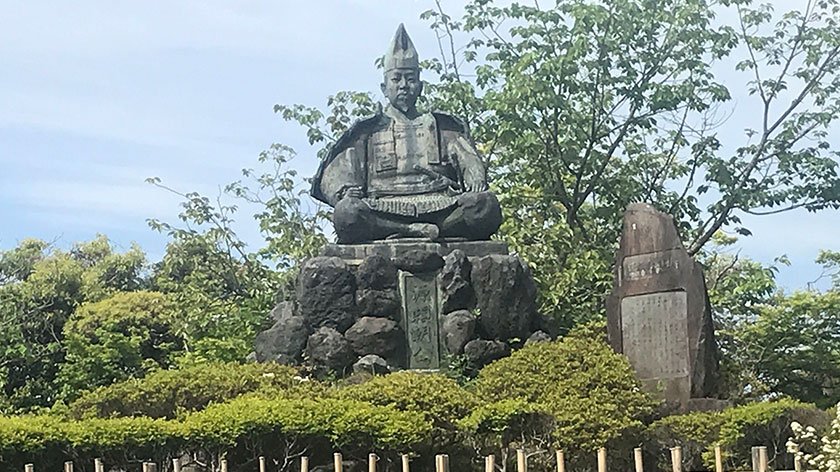 With our blessed coins in hand, my friends and I left Zeniaraibenten Shrine and continued down the mountain path toward the final stop on our pilgrimage route: the Kotoku-in and Great Buddha of Kamakura. Despite being a solid twenty-minute walk from our previous destination, the Kotoku-in was a trip well worth it. I’ve written a detailed review of the temple complex here for those interested. For now, suffice it to say that the area around the Great Buddha (or Daibutsu) is very easy to navigate in a wheelchair so long as you follow the prescribed paths. During my trip, I became keenly aware of the politics of those paths: the places they allowed me to go, and the places they kept off limits. I was able to visit the shops and stalls near the Great Buddha statue, but could not reach the inner halls where the monks and nuns gathered. What did this mean for my religious experience? At the end of the day, it meant that I had more time to enjoy the practical and material aspects of religion with my friends than research the doctrinal teachings of the temple. 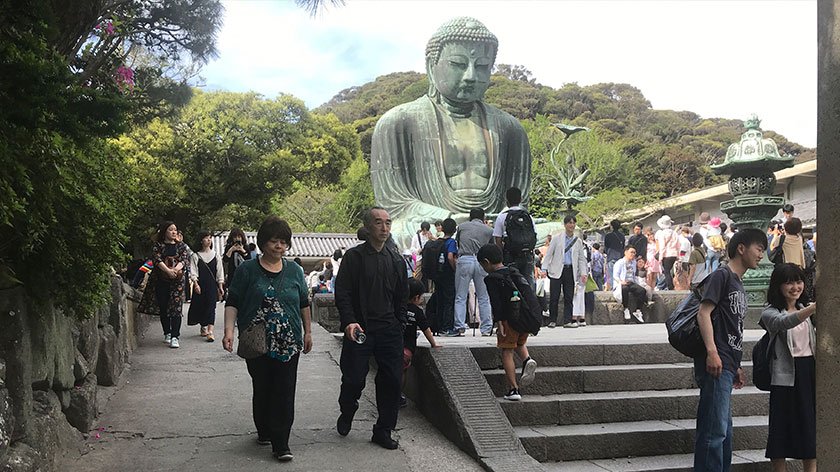 Wheeling toward the nearby ocean after a long day, I took a moment to reflect on my pilgrimage. There were many temples and shrines in Kamakura that my friends and I could not visit due to accessibility issues and time constraints: for instance, Hasedera and Tsurugaoka Hachimangu. Furthermore, the temples and shrines that we did visit prompted us to spend our time in unique ways. Unlike the rest of the able-bodied individuals around us, my friends and I were brought together due to physical constraints and made to share a common experience. We were afforded an opportunity to bond in a way that many individuals never have a chance to experience. I still cherish that bond and view it as the true culmination of my religious quest and pilgrimage.

Accessibility affects the way that we interact with religious sites and ideas. How might going to a Japanese temple or shrine influence your thoughts and relationships? There’s only one way to find out! We hope you’ll go forth and let us at Accessible Japan know what you discover.