Buy our Guide to Tokyo 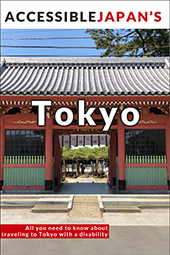 Want more information on this location?